Dr. Denise Herzing, Research Director of the Wild Dolphin Project, has completed 30 years of her long-term study of the Atlantic spotted dolphins inhabiting Bahamian waters.  She received her B.S. in Marine Zoology in 1979; her M.A. in Behavioral Biology in 1988; and her Ph.D. in Behavioral Biology/Environmental Studies in 1993.  She is an Affiliate Assistant Professor in Biological Sciences at Florida Atlantic University, Boca Raton, Florida.  In 2008 Dr. Herzing received a Guggenheim Fellowship. She is also a fellow with the Explorers Club, a scientific advisor for the Lifeboat Foundation and the American Cetacean Society, and on the board of Schoolyard Films.  In addition to many scientific articles, she is the author of the new book “Dolphin Diaries: My 25 years with Spotted Dolphins in the Bahamas” and “The Wild Dolphin Project (2002)”. Dr. Herzing has authored and co-authored many papers in the fields of whale biology, animal communication, and human consciousness.  Coverage of her work with the spotted dolphins has appeared in National Geographic, BBC Wildlife, Ocean Realm and Sonar magazines.  Her work has been featured on Nature, Discovery Channel, PBS, ABC network television, BBC in England and NHK in Japan.  In 2013 Dr. Herzing was a speaker at TED2013 in Long Beach California. Presentations include: Society for Marine Mammalogy, European Cetacean Society, International Fund for Animal Welfare, the Explorers Club, TED2013, Boston Museum of Science, American Cetacean Society, Sea Secrets, and others.

Thank you for contacting us! If needed, you will hear back within 48-72 hours. 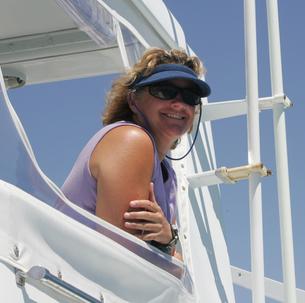 past, present, and future: